After a remarkable celebration of annual day, Diwali and Christmas, everybody was excited to have a great fun on the New Year celebration. But there was a question in everybody’s mind- what is going to happen this time? We were sure that party management team ‘Southern Surmas’ have planned for the New Year celebration and this time also they are going to do something different. The first cracker of excitement was that this time, Vinove family is going to rock the floor in Disc. The Southern Surmas team had android blog scheduled the New Year party on 15th January 2011 at Lava Restro Disc.

Initially, this party was going to be celebrated on New Year Eve but as there cannot be any compromises with professional work, so, it was postponed. But being postponed, it still was one of the most interesting and memorable party at Vinove.

On the event day the Vinove family met together at Lava Restro Disc to rock the floor. As everybody entered the disc, there was truly an awesome feeling as we all were waiting for this moment for the last couple of weeks. Some disco fans, the moment they entered the disc, started rock and roll with the beats of DJ. 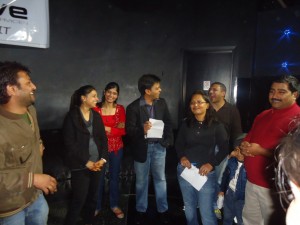 For more than two hours, Vinovians showed their dancing skills and rocked the floor. But the Party management team ‘Southern Surmas’ had some other planned activities to make the event more enchanting. So, the DJ had to stop there for a moment. One of the activities of the day was a dance competition among the new joiners of Vinove, but it was not a usual dance competition as the competitors had to dance together and with the beats only. At the moment beats stopped, they had to stop. Similarly, there were other interesting activities which truly added flavor in the dance party.

Once the party management team ‘Southern Surmas’ was done with all their activities, everybody came on the floor and again rocked it. This time there was a continuous dance on the floor for more than 3 hours. When everybody got tired, we decided to have lunch. 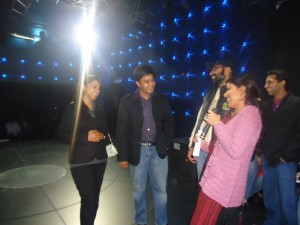 So, this was how Vinove family celebrated and enjoyed the New Year party. Southern Surmas, with the help of other staff, had really made this New Year celebration one of the most interesting and memorable day of Vinovians’ life.
https://www.studentshare.net