Vinovians, continuing with their legacy of celebrating festivals, added yet another feather in their cap. Backed by an initiative, taken by our HR department, we all got to witness a sparkling and an energy bustling Diwali Event at our Office. Celebrations have their own mood and Vinovians know how to capture such moments and turn them into memories.

Start-up to make this festivity a memorable one required proper chalked out execution of a two-day plan. The first day marked a “Rangoli Making”competition depecting the themes of their respective teams in the cafeteria. The second day was meant for mingling together and vouching for a “Tadka”competition where, Vinovians were asked to dress the best, traditionally. The best dressed female contestant, “Miss Tadka” and the best dressed “Mr. Tadka” would be handed over gifts galore. The basic motto of this celebration was to celebrate togetherness which Vinove is known for. 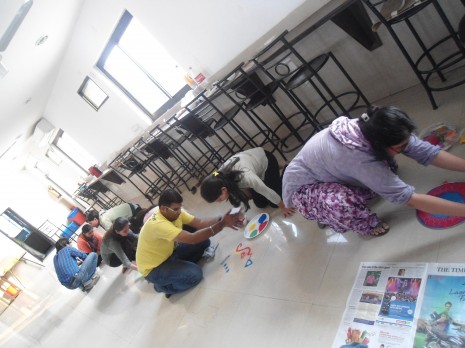 Representatives from each team, present in Vinove were nominated for the Rangoli face-off. Abundant colors, flowers and above all the brainstorming designs filled the aura of the room. Within a matter of few minutes there was a platter of designs all over the floor & creativity flowed from every inch. From designing Lord Ganesha in various forms to depicting the varied Social Media activities alongwith innovative ideas like the raging war amongst the tech giants, Apple and Android, were also introduced.They were liked and appreciated by one and all.

Next was evaluation. The judge panel was headed by our very own CEO, Mr. Parvesh Aggarwal accompanied by the head of the HR department, Mr. Subir Chatterjee. They took time and rounds of the entire area to enlist their judgement.

The next day marked the beginning of an unending enthusiasm. The entire office was decorated, in all possible ways, as a new bride would be. The reception area was decorated with a beautiful rangoli design on the floor to welcome all entering. For the “Tadka” competition, be it a guy or a girl; every one of us took out time to look the best. Girls came in salwar-kameez whereas the guys got to flaunt their macho bodies in kurta-pyjamas.

The judge panel comprising, the heads of the respective departments, took a round of the entire office and filled in the nominations for the participants who were eligible to compete. 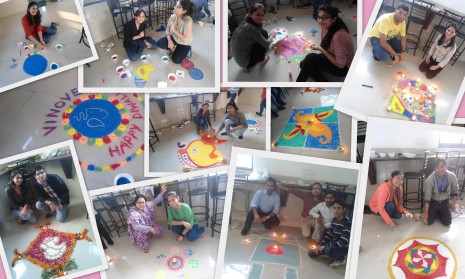 In the evening, the entire office gathered to celebrate and know the results of the competitions held. The HR department took over the proceedings of the day, together with our CEO. The winners of the “Rangoli” competition were the BD & BA Team, which had designed a beautiful depiction of Lord Ganesha filled with vibrant colors.

Next saw the nominations for the “Traditional Tadka” Competition. Five participants were nominated from each gender. Ending the dilemma over who the winner should be, the contestants were made to do a ramp walk and the one getting the loudest cheers would be the winner. As soon as the contestant from the eMarketing Team walked the ramp, there was an unending deafening sound from the entire crowd & “Ms. Sunayana Bhatia” was adjudged the “Miss Tadka” title.

For the “Male Tadka” title, there was a similar baffle when the participant from Project Management Team took the spotlight & Mr. Mohit Malik won the accolades. Winners took the stage again bringing the entire floor down together with the grooving and clapping for them.

After the results, it was time for the legacy of distributing gifts to take place. The heads of the respective teams together with the CEO of the company distributed the gifts. All done, Vinovians got another chance to bask in the mood and celebrate over snacks. This marked the end of an eventful day which got the entire office into a glove and brought out the unity amongst the employees. 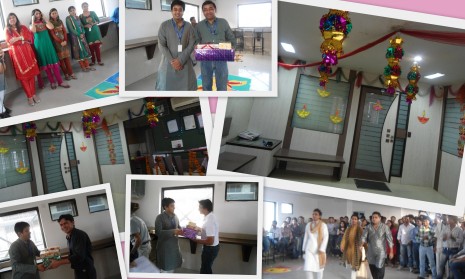