Like the arrival of spring season which signifies the warmness of atmosphere has started and  enlightened all the living beings in earth to bloom out with joyous spirit again. Similarly, Vinove has  also arrived its realm to organize sports league which brings warmness and togetherness of employee’s spirits. As sports is a remarkable obsession of mankind since immemorial time, sports event is  no doubt, not only a great entertainment source for the entire community but solely brings a much needed break from the daily busy schedules. Its an event of joy to show the colors, zeal and how supportive each and everyone is towards such  a lively organization.

Last year, Vinove organized a sports event which was a phenomenal success, extremely promising and was encouraging for all of our employees who actively participated in the “Vinove Sports League 2010”. Vinove has been imparting a potential and quality services to its client’s as well as providing opportunities to its employees to participate in different sports events. 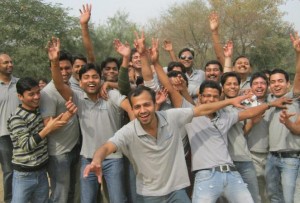 Once again, this time Vinove organized “Vinove sports league 2011” on February,12th, 2011 to drive out the hidden talent of sports that embedded within each enthusiastic employee. With the starting of the event, the first game to kick off was the cricket match between ‘Vinove 11’ and ‘Pixelcrayons 11’  in which ‘Vinove 11’ won the match with few runs ahead and honored with the glittering award of ‘Cricket Winners 2011’.  Vinove 11 began with the batting first, then followed by the ‘Pixelcrayons 11’. Indeed, all the players from both the teams contributed with high spirit which even raised the excitement of the audiences, who were not involved in any part of the team, to such a great extent of shouting, getting thrilled and cheering. It was like a cricket world cup being held in our Vinove within. 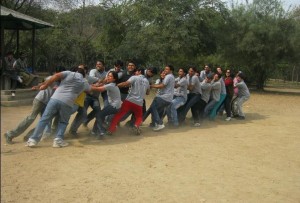 The active participants of these games apart from the cricket also took home the accolades and gold medals with many greetings from the peers side. After the closure of the games, a good refreshment program was followed to fresh up all the employees again, revive with fun and enjoyment through the day.

The scenario of sports event reflected so much of nostalgic about the period of childhood and produced our yearns for those loving moments to come back in our lives. But with this organization of “Vinove sports league 2011”, Vinove have implanted and fulfilled again in our hearts successfully that those precious moments have never gone far away from us. Further, it has made us realized that we still have the same energy, excitement and the aura of love though the time changes.

In fact, it was not the matter of who win and lose but its all about togetherness, sharing happiness and bringing the sense of oneness.